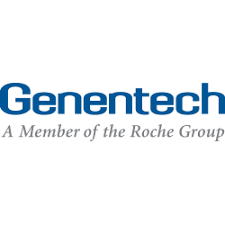 Genentech, Inc., is a biotechnology corporation which became a subsidiary of Roche in 2009. The company was founded in 1976 by venture capitalist Robert A Swanson and biochemist Herbert Boyer. Genentech Research and Early Development operates as an independent center within Roche. As of September 2016, Genentech employed 14,815 people.

Full time
PHC Senior Data Scientist
Genentech Inc. Basel, BS, Switzerland
Job details Job Type Full-time 90-100% Remote Full Job Description THE POSITION We at Roche know that every patient journey is unique, even for patients diagnosed with the same disease. We believe in patient-centered healthcare, which shifts the focus from merely treating diseases to the delivery of individually optimized care plans that incorporate the latest innovations in healthcare to bring the best overall outcome to each single patient. At Roche, personalised healthcare (phc) means better health, at a lower cost, for people and society. It means shifting from a one-size-fits-all approach to the best care for each person. Our goal is to create personalized, integrated solutions that will address real-world problems for patients and physicians. The convergence of pioneering science, data, analytics and technology—existing and new—is central to this vision. We are seeking a highly talented data...

Email me jobs from Genentech Inc.