How much do data scientist earn in the UK? 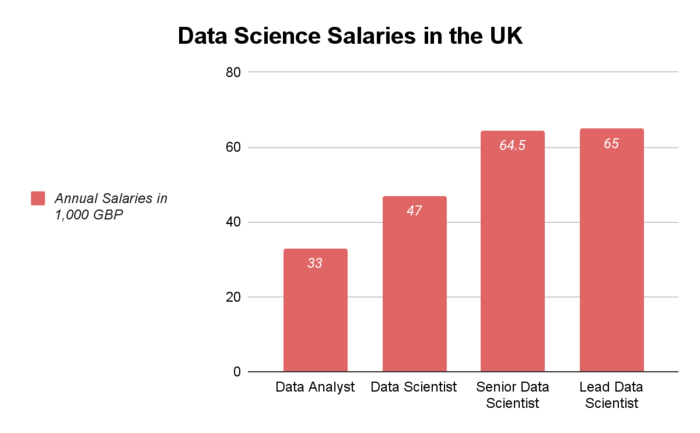 Big data is growing exponentially. The amount of data available to businesses and organizations is constantly growing, with experts projecting that the world will be generating data at a rate of 463 exabytes per day by 2025. This means that the data landscape will become even more saturated and complex than it already is. That’s precisely why the demand for skilled data scientists who can help companies process and extract value from messy, unstructured data has increased immensely.

But the importance of data science isn’t a recent realization. Thomas H. Davenport and DJ Patil advertised this interdisciplinary field as “The Sexiest Job of the 21st Century” nearly 10 years ago, and no, they weren’t exaggerating. The number of data science job postings has exploded over the last 10 years. According to a Statista survey of 400 companies worldwide, the average number of data scientists employed in a single organization rose from 28 to 50 from 2020 to 2021, which is a 78.6% increase.

So, how do these numbers translate into salaries, and how much can data scientists in the UK expect to earn on a yearly basis? Read on to find out.

In most cases, salary figures are neither transparent nor openly discussed, and not many reliable resources are available to the public. Glassdoor offers self-reported salary information by location and thus provides some insights into the salary structure of the British job market for data science.

Figure 1 shows the reported salaries in a Box plot. On average, British data analysts make around GBP 33,000 per year. Glassdoor’s April 2022 reports show that data scientists in the UK earn average annual salaries of around GBP 47,000. Senior roles such as senior data scientists and lead data scientists report salaries above GBP 64,000 a year, but these roles often require years of experience in data science as well as strong management skills. 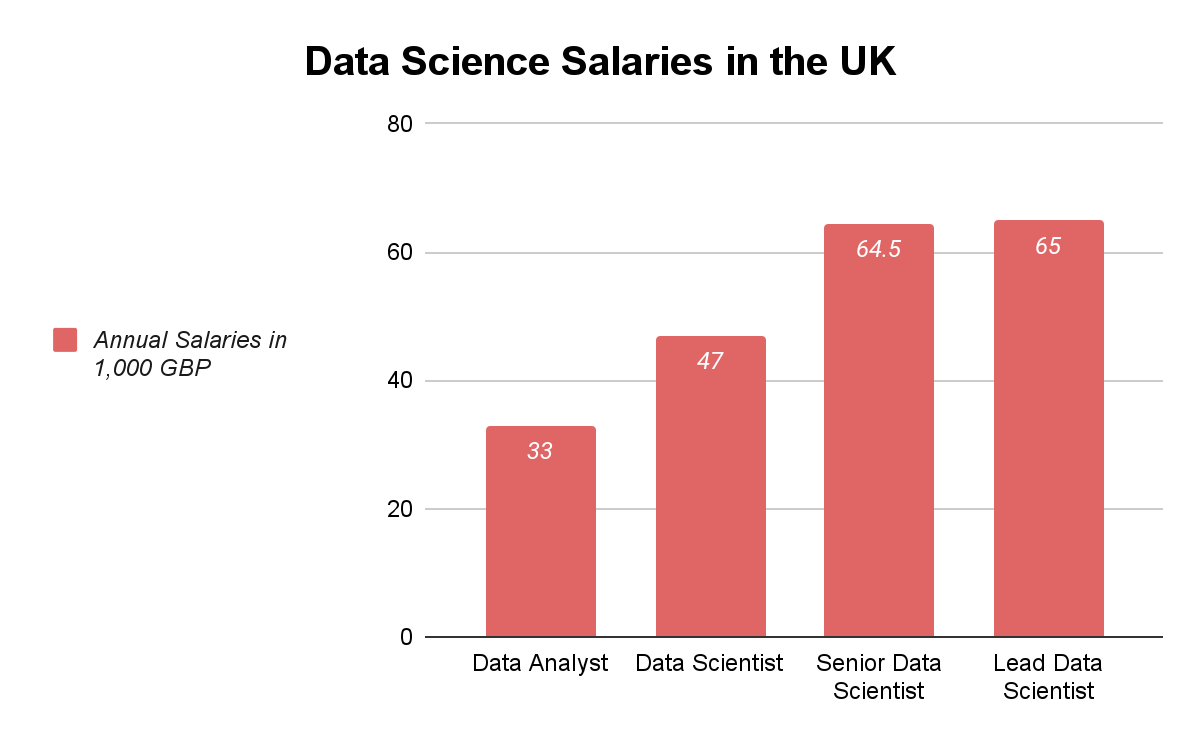 Compared to the median annual salary of university graduates in the UK, reported incomes in data science are notably higher: According to Glassdoor, the average British graduate earns around GBP 29,000 a year.

US data scientists make much more money on average

According to the US Bureau of Labor Statistics, American data scientists earn from USD 59,430 (around GBP 47,900) up to USD 167,040 (around GBP 134,500) per year. However, it’s important to highlight that some seasoned data scientists at big US tech companies may surpass this range by a large margin.

As you can see, median US data science salaries are significantly higher than those in the UK. The average data scientist in the United States earns around 72.98% more than their average British colleague. The cost of living in the UK tends to be lower than in the US, but that doesn’t make up for the huge salary difference.

The UK is lagging behind many European countries

When it comes to the European data science job market, the UK is lagging far behind Germany, Norway, and Switzerland. On the plus side, UK data scientists make more money than their colleagues in Ireland and France. This puts the UK right in the middle of the list of best countries in Europe for data scientists. 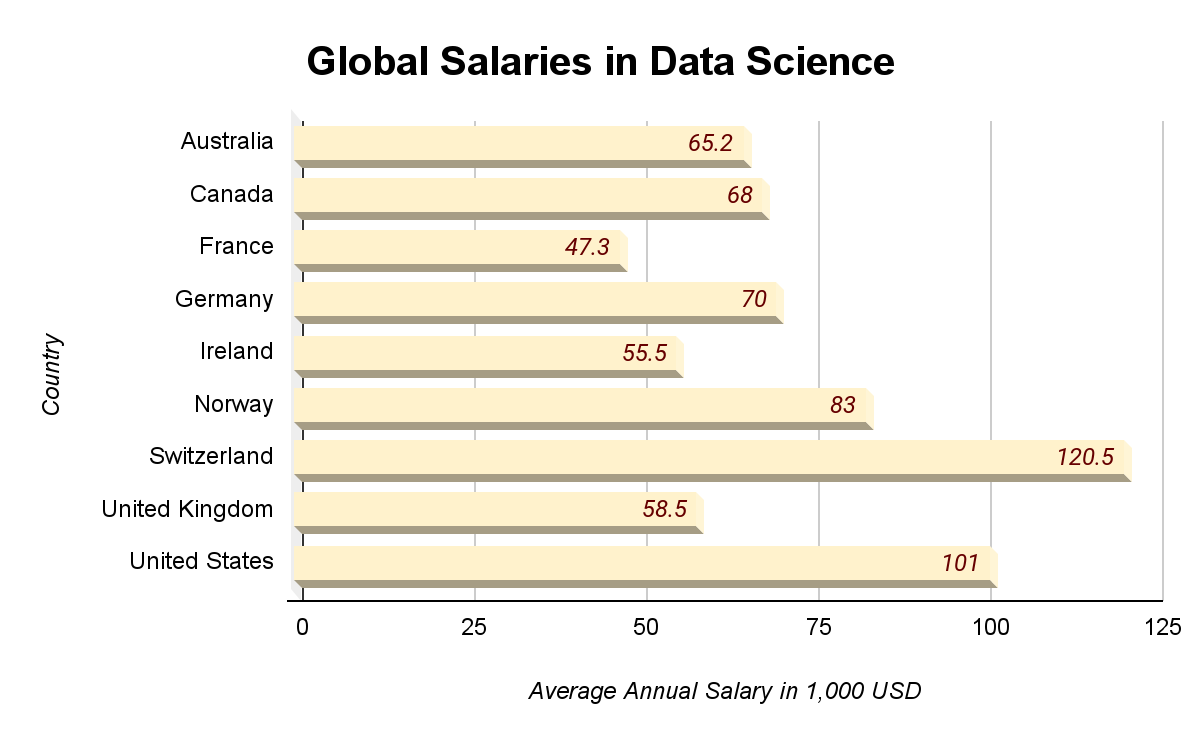