Data science and analytics salaries in Switzerland in 2022 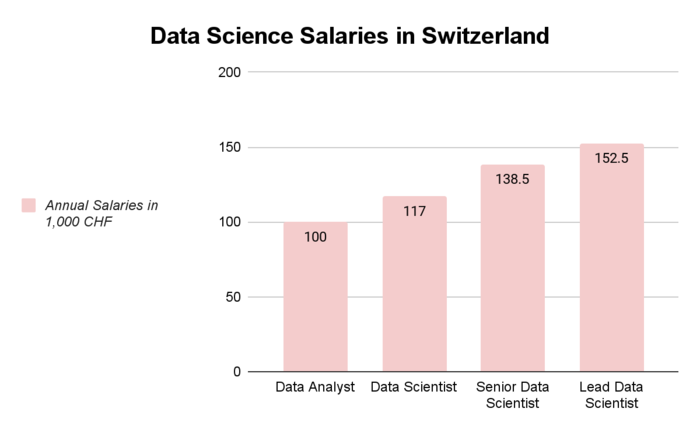 Since the dawn of the digital age, the amount of data available to businesses and organizations has risen enormously. With growing servers full of data, the demand for the skill to 1) build the required infrastructure and 2) understand and analyze complex datasets has increased greatly.

In October 2012, Thomas H. Davenport and DJ Patil were advertising data science as “The Sexiest Job of the 21st Century” in the Harvard Business Review. Their prediction has proven correct: The number of data science job postings has exploded over the last 10 years. According to a Statista survey published earlier this year, the percentage of surveyed companies that employed 50 or more data scientists has increased from 30% in 2020 to 58% in 2021.

So, how does this growing demand translate into salaries, and how much can data scientists expect to earn on the Swiss market? Read on to find out.

In the workplace, salary figures are neither transparent nor openly discussed in most cases, and few reliable resources are publicly available. Glassdoor offers self-reported salary information by location and thus provides some insights into the salary structure of the Swiss job market for data science.

Figure 1 shows the averages of the reported salaries. On average, data analysts make around CHF 95,000 as base pay plus additional pay of around CHF 5,000 a year. The latest Glassdoor reports show that Swiss data scientists earn median yearly salaries of around CHF 117,000. Senior roles such as senior data scientists and lead data scientists report salaries above CHF 138,000 a year, but these roles often require years of experience in data science as well as management skills. 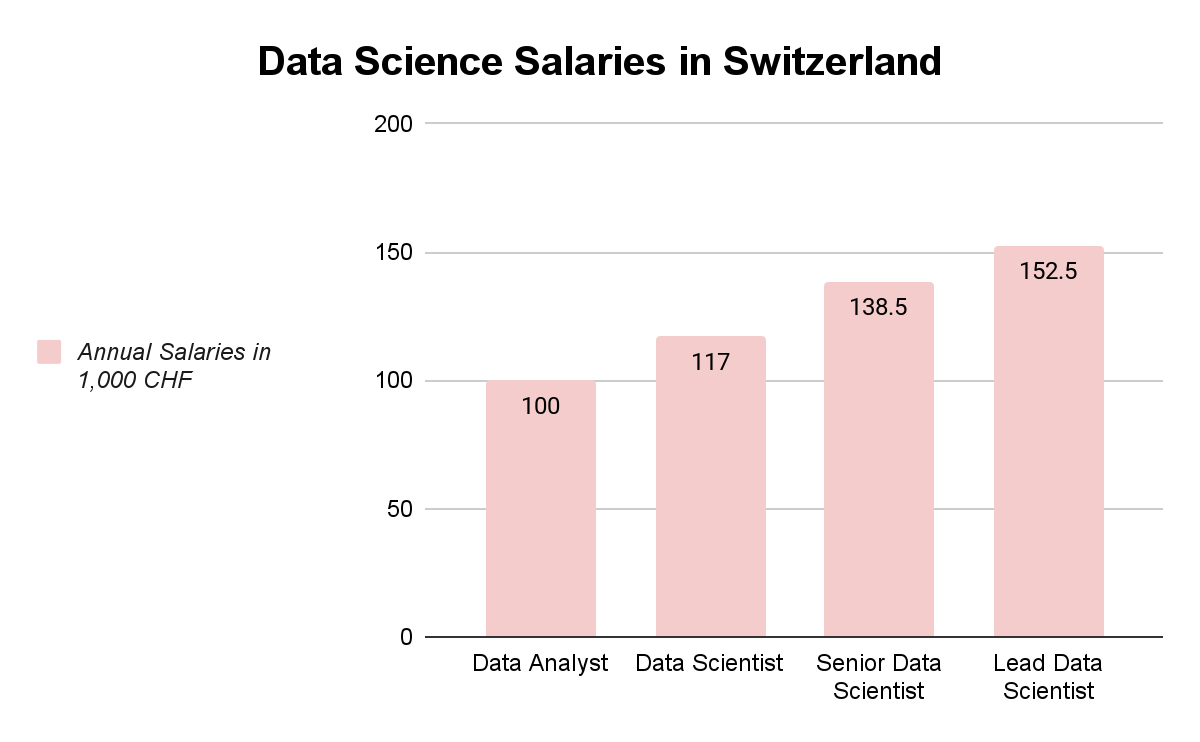 Compared to the median gross annual salary of aggregated Swiss university graduates, reported incomes in data science are high: According to the latest Glassdoor report, the average Swiss graduate earns around CHF 80’0000 - 88,000 a year. But we have to consider that many individuals entering data science hold a PhD or other higher qualifications which took them years to acquire. Hence, the comparison to other

The data source comes with a potential overestimation

While Glassdoor offers the advantage of data availability, the source is biased towards large corporations. When investigating, the financial and pharmaceutical sectors are overrepresented. Both sectors offer among the highest salaries based on the data by the Federal Statistical Office. Further, large companies tend to pay higher salaries. A study by BSS Basel based on FSO data finds that small employers (<20 employees) pay on average CHF 15’000 - CHF 20’000/year less than large employers (>1000 employees). Hence, if you interview with a start-up or SME company, see the numbers from above rather as high values and adjust, if needed, accordingly.

In any case, the field offers opportunities with a very reasonable standard of living.

Swiss salaries can compete with US salaries on lower levels

While the average annual salary for data scientists in the US (around USD 101,000 or approximately CHF 97,000) is considerably lower than the median yearly salary for their Swiss colleagues (around CHF 117,000), the right tail can be expected to be significantly larger in the US. Discounting the cost of living doesn’t affect this picture: Zurich and Geneva usually rank among the most expensive cities in the world, but so does the epicenter of the tech industry in Silicon Valley. 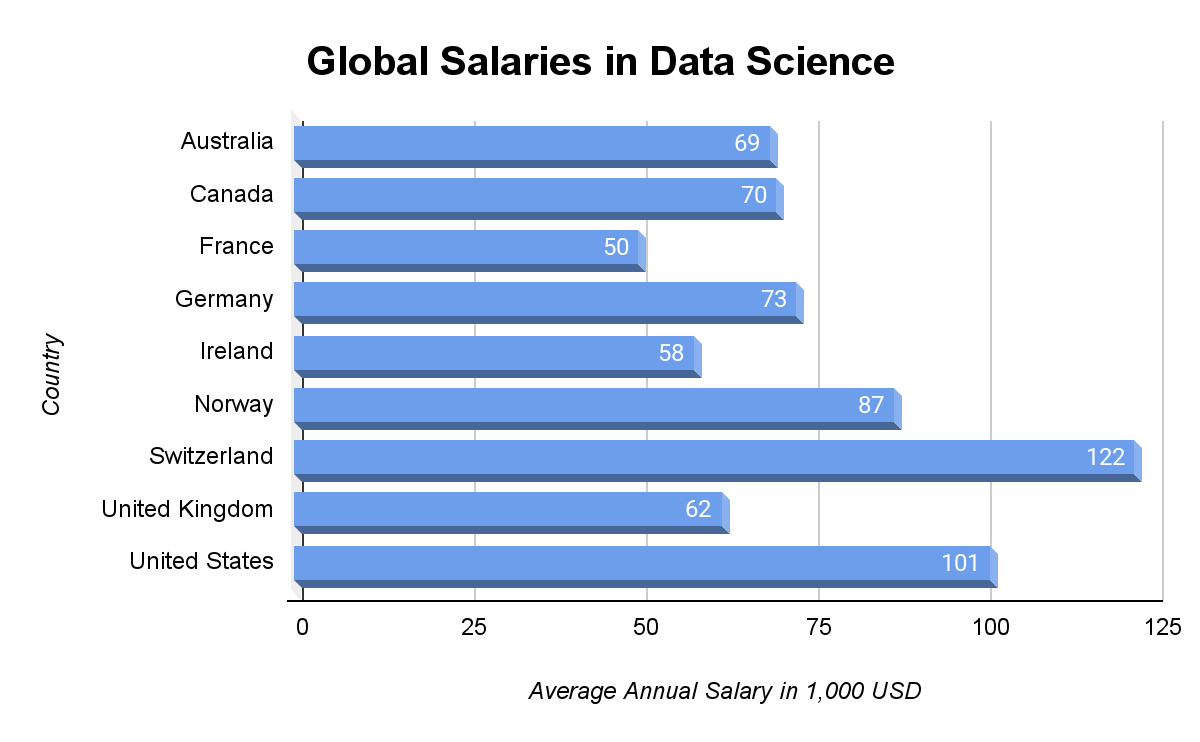 Thus, overall Switzerland is a great place to venture into data science and data analytics-related jobs. Keep in mind the high living expenses that become especially relevant once people have a family.