Data Engineer Salaries in Europe in 2018 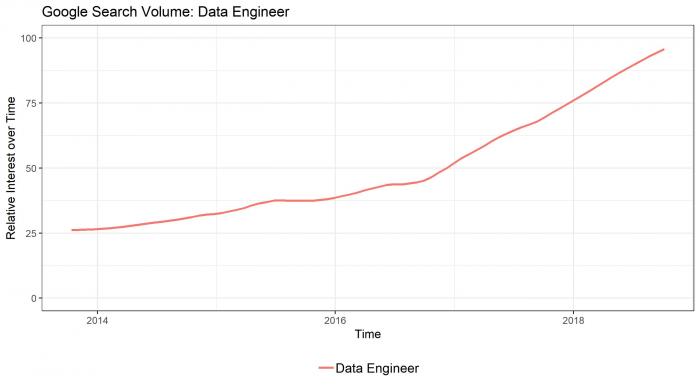 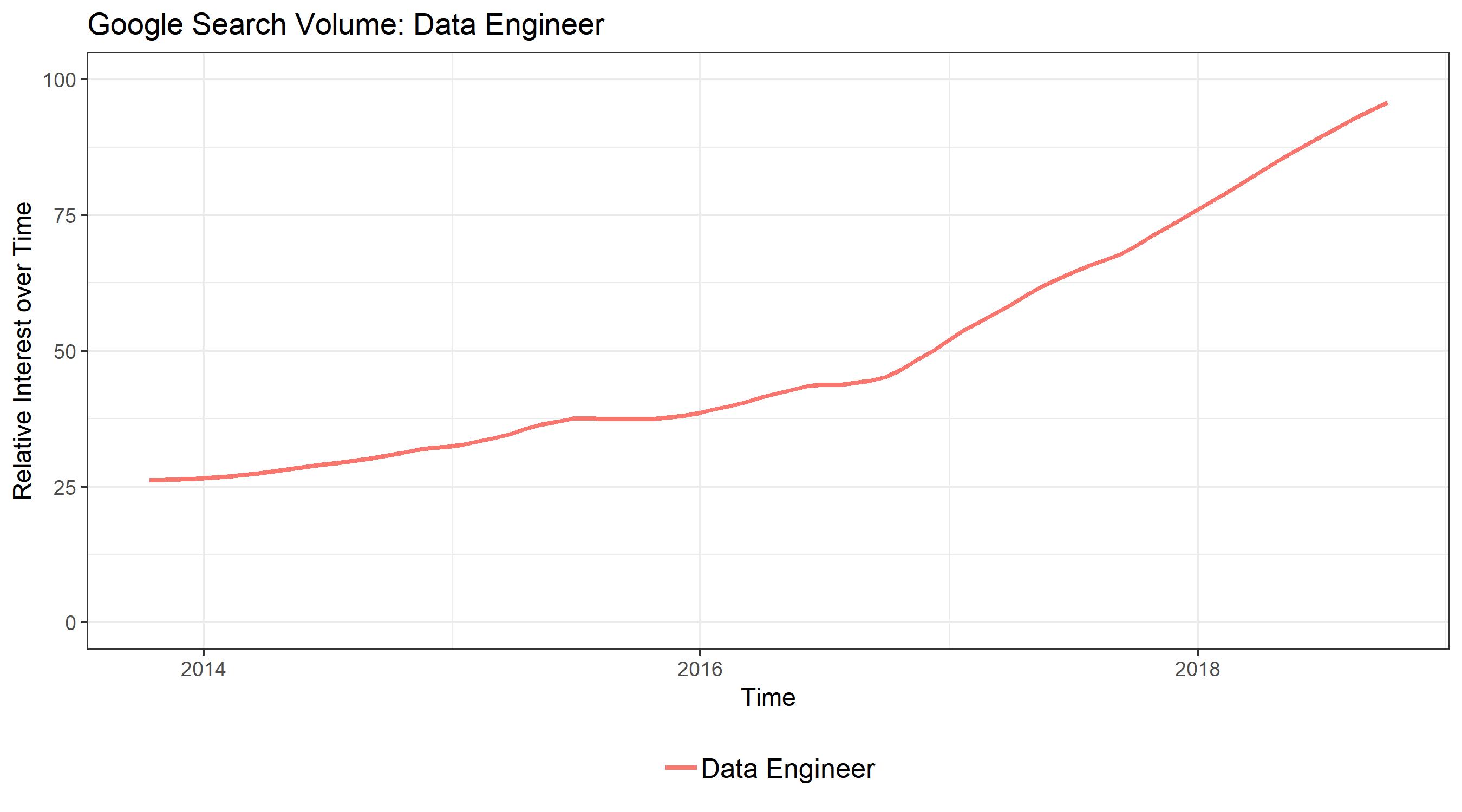 Switzerland leading with the highest salary for data engineers

People often don’t like to disclose their salaries - but through using Glassdoor we can gain an understanding of what firms across Europe pay their workers, using self-reported salary information by location and employer. We collected the data available for people across Europe with “data engineer” in their job title across Austria, Belgium, France, Germany, Ireland, Italy, Netherland, Spain, Switzerland, and the UK. To make salaries comparable, we changed them into annual salaries in Euro (GBP/EUR: 1.12, CHF/EUR: 0.88).

The graph shows nominal salaries per year and by country. Junior salaries range from EUR 27,000 in Italy for a junior data engineer, to almost EUR 100,000 in Switzerland. For data engineers, Switzerland pays the most in Europe with almost EUR 125,000, followed by Germany in second with EUR 90,000 and then Ireland with around EUR 75,000. 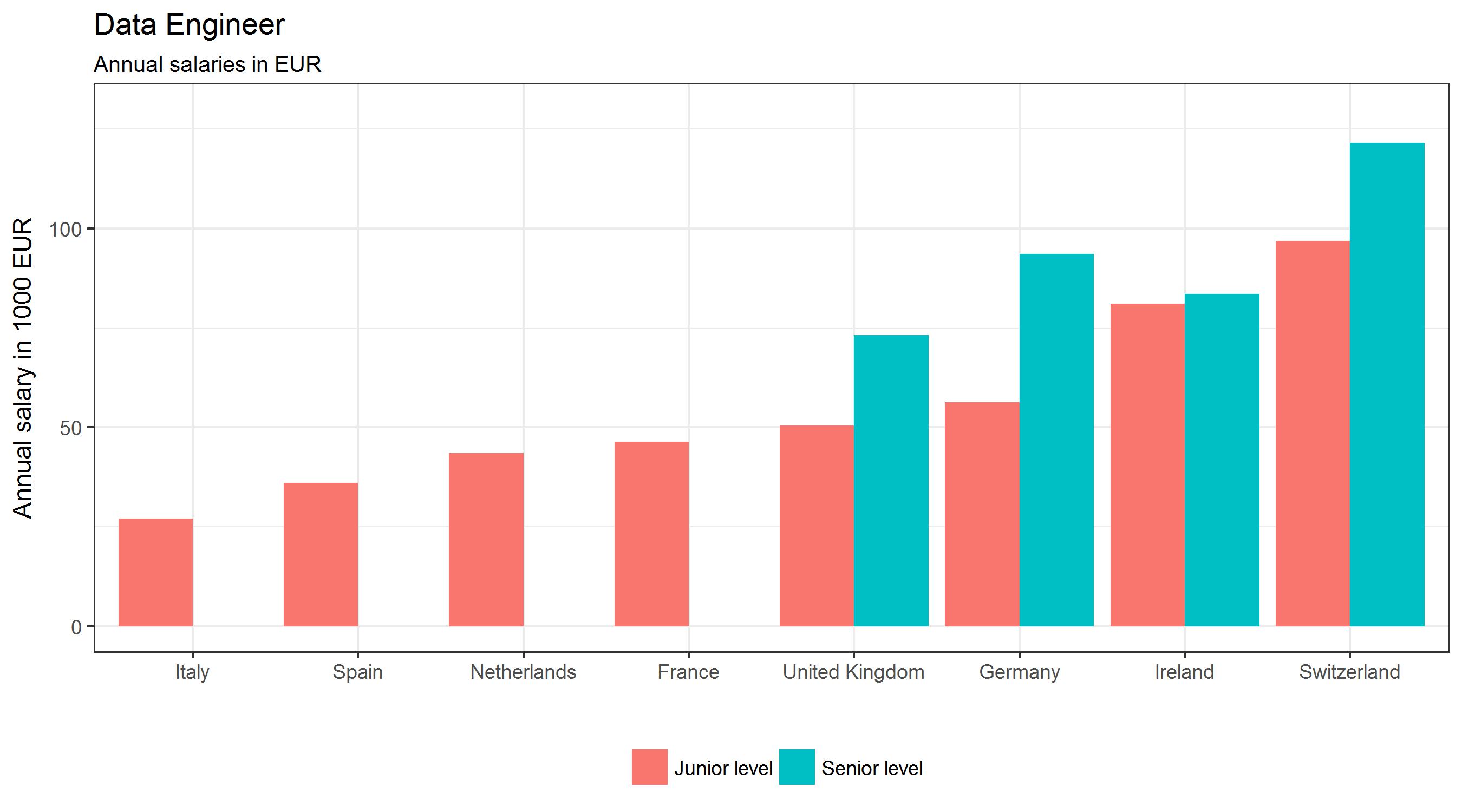 Nominal salaries don’t really tell us much about underlying purchasing power - Switzerland and Germany pay the highest wages, but these countries also have a higher cost of living. The OECD price level index takes into account the local price index and computes real wages. The table shows the average annual salary for junior level positions, with the cost of living taken into account. It shows that the cost of living in Switzerland is much higher than other countries - almost 70% higher than Spain. With that taken into account, the salaries change slightly - Ireland takes over from Switzerland as the leading country in terms of pay for data engineer, and Italy keeps its ranks as the European country with the lowest pay.