How much do data scientists earn in Switzerland? 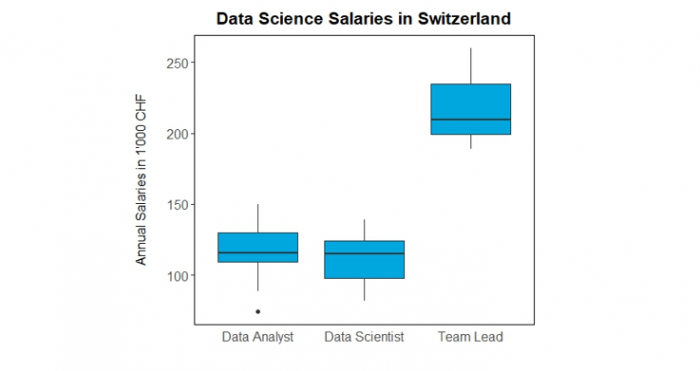 Since the dawn of the digital age, the amount of data available to businesses has risen enormously. With growing servers full of data, the demand for the skill to 1) build the required infrastructure and 2) understand and analyze the datasets has greatly increased. In 2012, Thomas Davenport and T. J. Patil were already advertising data science as “The Sexiest Job of the 21st Century” in the Harvard Business Review. Their prediction has proven correct: The number of data science job postings has exploded over the last 5 years, and IBM predicts a 28% increase by 2020. How does this demand translate into salaries, and how much can data scientists expect to earn on the Swiss market?

In the workplace, salary figures are neither transparent nor openly discussed in most cases, and few reliable resources are publicly available. Glassdoor offers self-reported salary information by location and thus provides some insights into the salary structure of the job market for data science. Figure 1 shows the reported salaries in a Box plot. Data analysts and data scientists generally earn median salaries in the range of CHF 120,000. Senior roles such as team leaders report salaries above CHF 170,000, but these roles often require years of experience in data science as well as management skills. 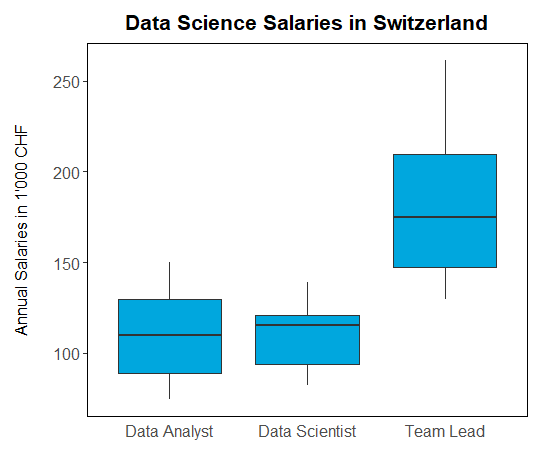 US salaries are in comparable ranges

According to datajobs.com, US salaries range from around USD 50,000 for entry level analysts up to USD 170,000 for experienced data scientists. Team leaders earn a substantial premium of up to USD 240,000. Some top data scientists at US tech companies may surpass this range by a large margin, though. While median US/Swiss salaries seem comparable, the right tail can thus be expected to be significantly larger in the US. Discounting for the cost of living doesn’t affect this picture: Zurich and Geneva usually rank among the most expensive cities, but so does the epicenter of the tech industry in Silicon Valley.

Table 1: Data science salaries in the US (Source: datajobs.com)

According to O’Reilly’s Data Science Salary Survey , Switzerland and Norway are the only countries that pay higher median salaries than the US market. Other European countries as well as the UK are lagging behind in terms of salaries. This establishes Switzerland as an attractive target market for highly qualified data scientists who consider alternatives to the USA. 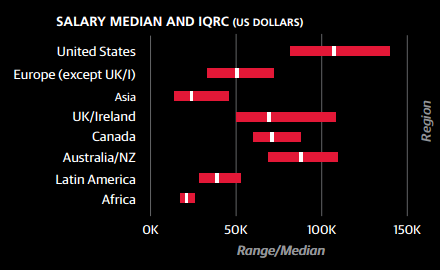 Performed a fascinating analysis you’d like to publish and share? Found a cool dataset that should be featured on our page? Contribute to our blog!